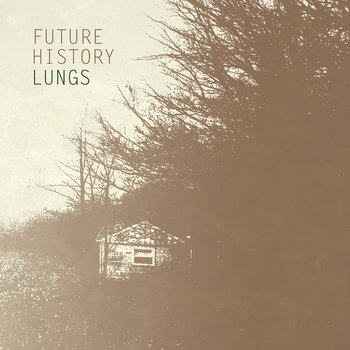 FZB favorites Future History are back with their third album, Lungs. Hailing from Toronto, the band of Kevin Ker, Justin Dillon and Chris Dawe recorded the album in an old decrepit cabin in the backwoods of Ontario.  Assembling a myriad of old recording equipment and utilizing old furniture discovered in the cabin, the band spent months in solitude writing, summoning and capturing. What results is an astonishing folk rock album with tracks that are novellas to the changing seasons in wind and rain, the shifting of the cabin walls and creaking of surrounding trees. The band captures faint ghostly whispers and strange ominous noises, all of which create the sonic foundation upon which the songs were recorded.  Future History continue to deliver albums that capture the imagination and fuel the spirit. Watch the video for the album track Without You and then stream and buy Lungs at the link below.