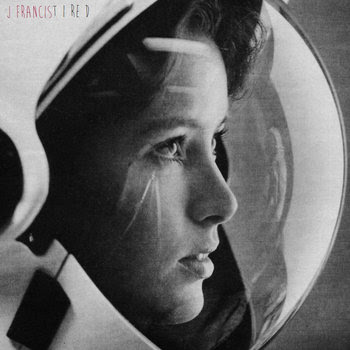 Tired is the sophomore album from Australian dreampop artist J. Francis, aka Julian Pierce. There is much to like about this album, but there are also a couple of misses that hold it back. The eight tracks feature some beautiful songs and stylings, with atmospheric vocals. This though is the first miss, as the vocals are so far back as to be unintelligible on most of the tracks. One can tell the voice is nice and it would be good to actually hear it. The music is minimalist and shines on a couple tracks, but this is the second miss, with the drum machine sounding like an afterthought and, with the vocals so far back, the music is just not interesting enough to carry the record. This is a good album, well worth a listen, but the artist could greatly benefit from a producer and enough confidence to let the vocals be heard. Stream and download Tired at the link below.
﻿