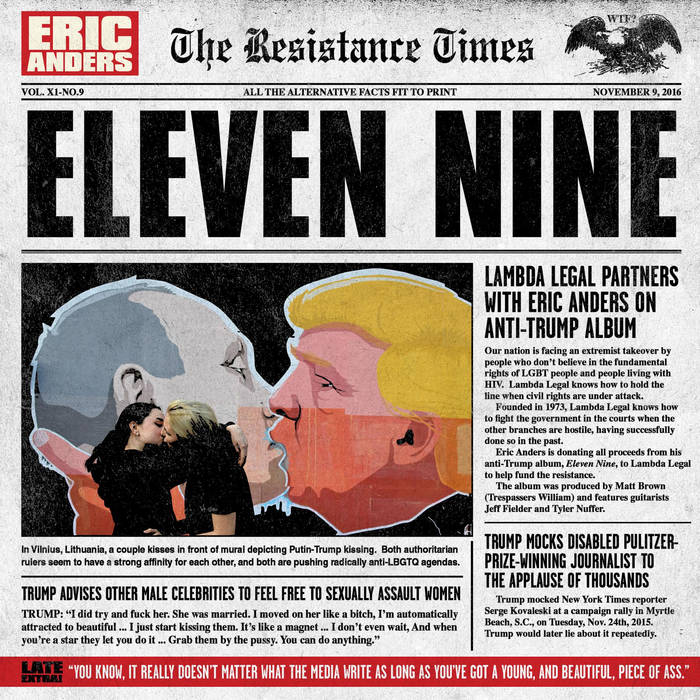 Eric Anders has released, Eleven Nine," a ten track anti-Trump masterpiece that sees all album proceeds donated to Lambda Legal. The album is an eloquent, considered response to the horrific election of a racist, elitist moron to the presidency. With a classic singer/songwriter sonic vibe, compelling lyrics and tasty instrumental performances, this is an album that speaks to the despair the election caused, while delivering a strong musical experience. This is a definite must have. Stream and buy Eleven Nine at the link below.